My Tweets
Leave a comment Posted on May 19, 2017 Jonathan Z Maltzman, Sports 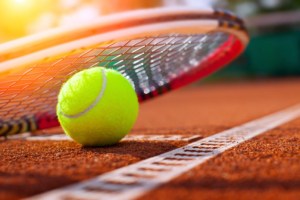 Rabbi Jonathan Z. Maltzman is an alumnus of the University of Pennsylvania, where he received his bachelor of arts in Near Eastern studies. He later pursued his masters and was ordained a rabbi at the Jewish Theological Seminary of America. At present, he serves as the rabbi at Kol Shalom in Rockville, Maryland. During his spare time, Jonathan Z. Maltzman enjoys playing many sports, including tennis.

Many people consider tennis to be merely a form of recreation. However, playing tennis can bring about significant benefits to the human body, and especially to the cardiovascular system.

The quick movements required in playing the sport increase heart rate, which allows the blood to deliver oxygen and other nutrients to the muscles. According to the Centers for Disease Control and Prevention (CDC), a single tennis match requires vigorous effort that can increase the heart rate up to 70-85%. Regular playing of the sport also helps in the development of capillaries in the muscles, which results in a greater supply and flow of blood.