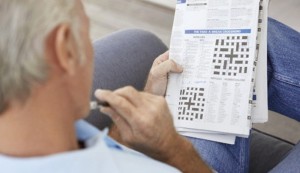 A University of Pennsylvania alumnus, Jonathan Z. Maltzman was ordained as a rabbi in 1980 after his graduation from the Jewish Theological Seminary of America. He currently leads the Conservative Jewish congregation Kol Shalom in Rockville, Maryland. When not busy with his duties at the synagogue, Jonathan Z. Maltzman enjoys quiet, cerebral activities such as doing crossword puzzles.

Considered to be one of the most popular games in the world, crossword puzzles only started appearing in newspapers in 1913. The puzzles have since become a newspaper staple, developing into a serious recreational activity for millions of adults.

Adults usually do crossword puzzles just to pass the time, so it’s not surprising that they would be unaware of the positive effects working on them has on brain health. Recently, one of the most-discussed reasons for doing crossword puzzles regularly is that they might help alleviate or prevent Alzheimer’s disease (AD). AD is the most common type of dementia among older adults, and it is frequently the cause of many serious behavior, thinking, and memory problems. In order to prevent this disease, the Alzheimer’s Association recommends a daily dose of crossword puzzles in order to exercise the brain, keeping it active and sharp, especially for those of advanced age.

So far, no clear link between heightened brain activity and a reduced risk for AD has conclusively been shown. However, what scientists do know is that focused mental activities establish a cognitive reserve, thus protecting the brain and helping it operate effectively even when there is injury or disease. Moreover, mental activities can train the brain to become more adaptable in certain mental functions. In case a person develops AD, these heightened mental functions can compensate to some degree for the decline in other functions. 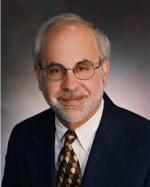 Since 2002, Jonathan Z. Maltzman has been serving as the rabbi of Kol Shalom, where he leads a Conservative Jewish congregation in Rockville, Maryland. As an active spiritual leader, Jonathan Z. Maltzman actively supports charitable organizations founded on Jewish values and ideals such as MAZON.

Since its inception in 1985, MAZON has been committed to its central mission: to end hunger. While it is run by people of the Jewish faith, the organization helps all people afflicted with hunger to gain access to nutritious food. In its more than three decades of existence, MAZON has helped millions of people.

MAZON is a part of National Anti-Hunger Organizations (NAHO), a conglomeration of nonprofits that are working towards curbing hunger in the country. In December 2016 NAHO members, including MAZON, released a unified statement appealing to then incoming president Donald Trump to make alleviating the hunger situation in the United States a high priority. The statement called on President Trump to safeguard the federal nutrition programs, particularly the Supplemental Nutrition Assistance Program (SNAP), which has been referred to as the nation’s first line of defense against hunger. MAHO went on to call on the administration to avoid cutting the budget allocation for these programs and ensure that no American ever goes hungry. 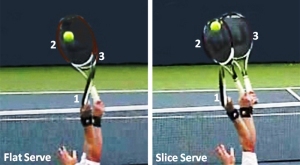 In the sport of tennis, there are a variety of different serves players can use. While young or inexperienced players may be tempted to hit serves with as much force as possible, it can be beneficial to learn about the different spins that can be applied to a serve. Spin serves are more commonly used as safer, second service options, but players may use them at any point in a match to throw off an opponent’s returning rhythm.

The kick serve is one of the more well-known types of spin serve. Powered primarily of top spin, kick serves land in an opponent’s service box and, as the name suggests, quickly kick up into the air. An effectively struck kick serve not only forces opponents to make a high, awkward point of contact, but bounces into the body, jamming the opponent and resulting in an ever weaker return.

The slice serve is another type of spin serve that can be used to surprise opponents. Slice serves draw on side spin to force returners into disadvantageous positions. A right-handed player hitting a slice serve into the deuce court, for example, can drag an opponent beyond the doubles alley to hit a return, leaving virtually the entire court wide open. When serving to the ad court, meanwhile, the slice serve provides effective misdirection, appearing as a wide serve before sliding to the middle of the service box. Left-handed servers enjoy the same benefits in the opposite courts.